All The Major Points

We Keep In Mind At Creating Your Short Film Trailer

If you’re an aspiring director that wants to start a lucrative filming career, you should start by creating your first short film. While it can seem like a daunting task at first, you actually don’t need that much to create an entertaining short film of your own. With the proper pre-production, equipment, and know-how, creating an engaging movie is just a matter of having good ideas and utilizing common filming techniques. 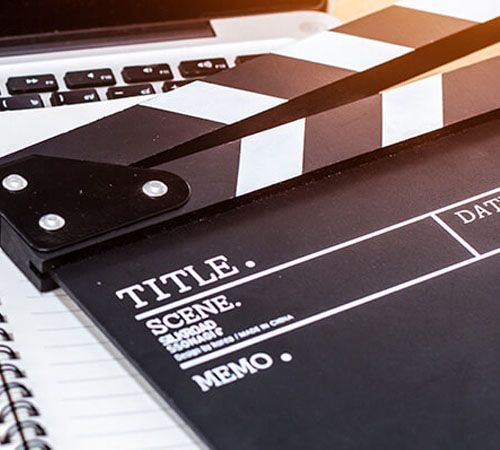 Although a filmmaker might be tempted to grab a camera and begin shooting impromptu scenes, the best short films tell a story with a beginning, a middle, and an end. A script ensures that a film tells such a story. Looking to write your own script? Learn about screenwriting format to meet the industry standard.

One can always write a script, but an alternative which will get you to the filmmaking practice faster is to download a script from the Internet. For example, several sites offer duet acting scripts.

A duet acting script depicts a single ten-minute scene between two actors and often involves nothing but dialogue. Ideal for those just starting out, such scripts offer a great opportunity to dive straight into the process of familiarizing yourself with shooting. 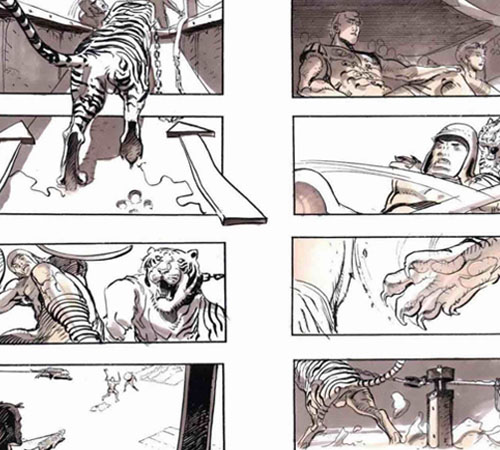 Once a script is secured, one can make a storyboard, that is, a panel-by-panel outline of each shot. A storyboard resembles a comic book and determines the flow of the film and the sequence of its scenes. Much of the work in making a film is in setting up a storyboard, especially given that it saves a lot of time and organization work in the long run.

The advantage of this work is that it is less expensive and time-consuming than figuring out the flow of a film while filming. A good storyboard needn’t be an artistic masterpiece; as long as it allows a filmmaker to focus on camera work when it comes time to shoot the film, it’s a good storyboard. Try finding a storyboard template or examples to help you build it. 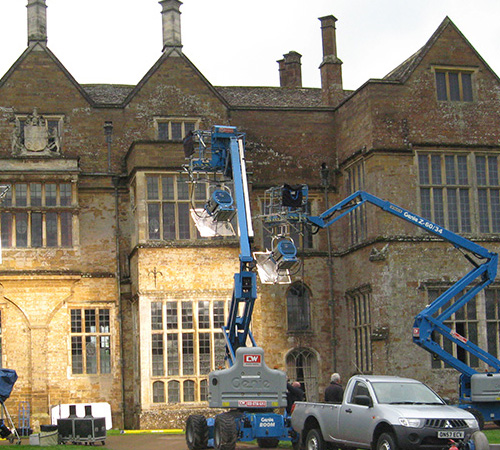 Although a film’s locale will be determined by the script, it is important to find a suitable location to begin filming.

Be mindful that it’s not easy to find locations on the cheap, so unless you’ve got a sizeable budget for this, try to craft your script around filming locations that you’ll actually have access to rather than places such as banks or supermarkets. 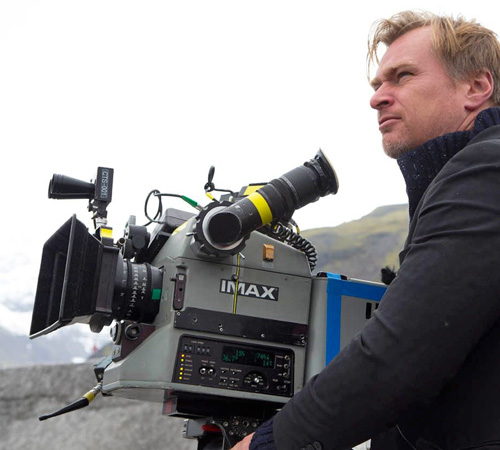 Traditional motion picture cameras are expensive, but digital cameras provide a far less expensive option for budding filmmakers. In fact, it is possible to use an iOS or Android device to make a short film and even a few successful feature films have been shot using only a smartphone.

The main disadvantage of these devices is storage space, so a prospective filmmaker may want to purchase a dedicated digital movie camera. Although high end digital movie cameras are expensive, there is a market for less expensive consumer cameras. Such cameras can record high definition film and are highly portable. Moreover, they allow footage to be transferred to a computer easily for editing and post-processing. 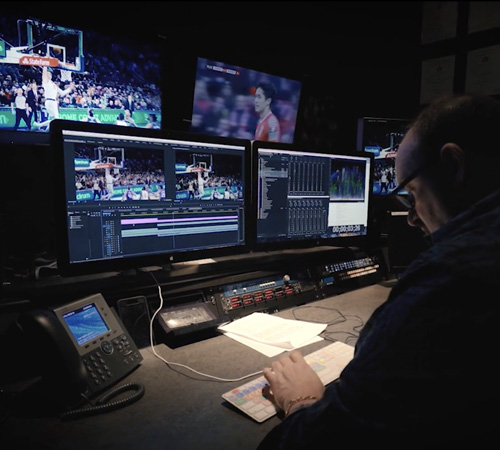 Raw footage does not tell a story and often contains extraneous material not relevant to the script. A movie is made when raw footage is crafted into a narrative with a distinct beginning, middle, and end.

Don’t know how to edit videos? Fortunately, editing has been made easier with the current generation of video editing software. Although some can cost multiple thousands of dollars, for short films many of the free software packages usually suffice. Windows, for example, comes with Windows Live Movie Maker, which has stood the test of time for years.

Most Apple Macs come with iMovie, a movie maker designed for newcomers which is actually fairly powerful. 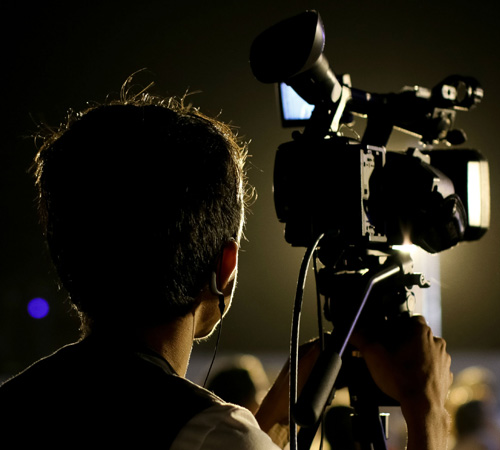 Use Resources You Have

Technology has come a long way. For a few hundred dollars, you can now buy a camera that produces cinematic results. And if you can’t afford to grab a professional camera, then just utilize any camera you can get your hands on. And yes, this includes camera phones. In the event you cannot yet afford your own equipment, then find someone who already has gear and make friends.

We also suggest you focus on a story you can tell in three minutes or less. When we were managing a film program, a lot of first-time filmmakers created stories that focused on some guy staring into a mirror and talking, or some girl shaving her head while reminiscing about apples and spiders. These films not very professional, but they were good practice and with our personal touch, we made them successfull

FirstFocusinternational create the Short Film Trailer of Your Dream

FirstFocusinternational create the Short Film Trailer of Your Dream 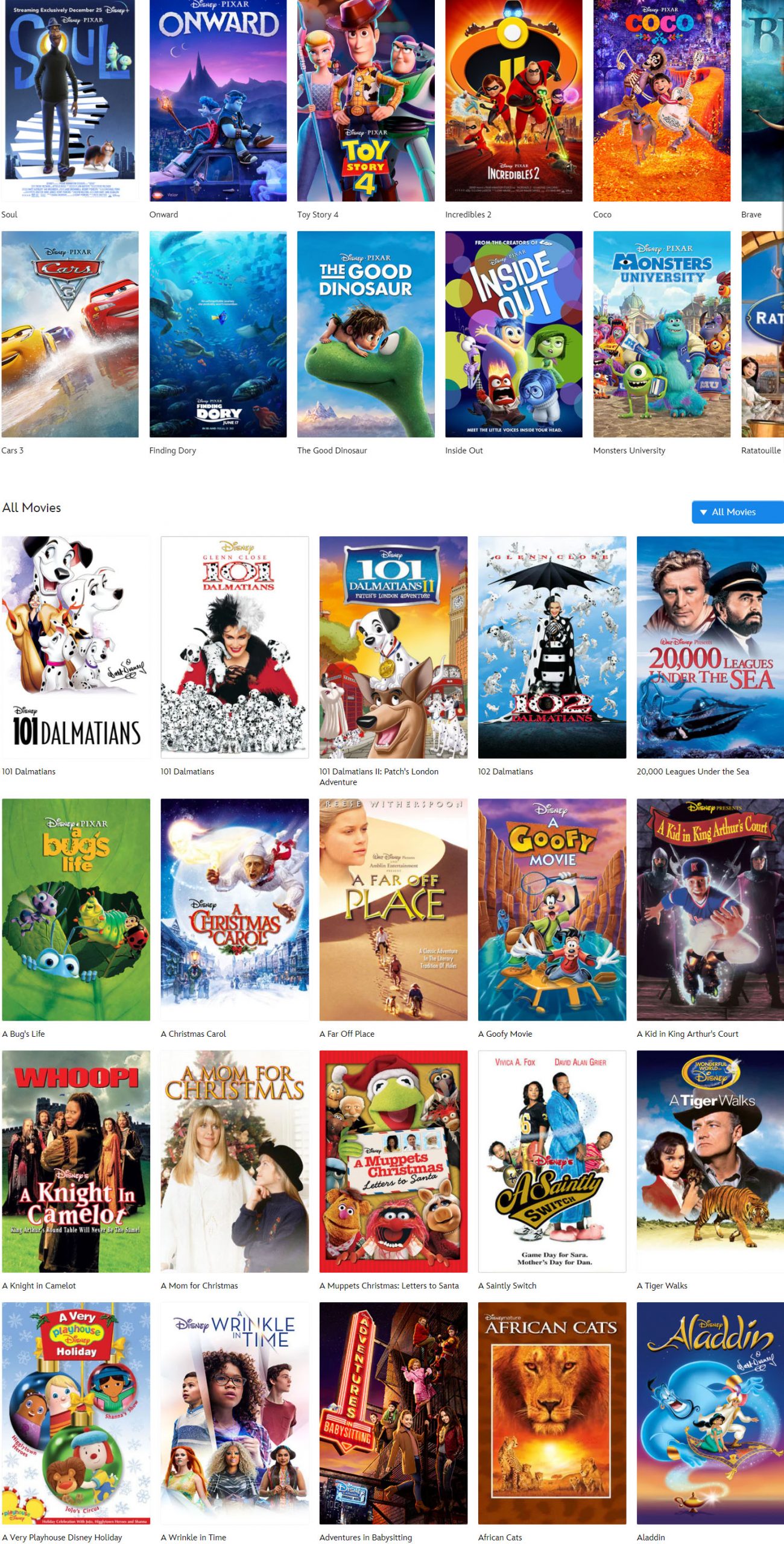 Making a short film is the rite of passage for many new filmmakers. If you have never made a short film, now is the time.

First things first; you will need a story.  Remember, most of what filmmakers do is to become a storyteller.  And if this is your first attempt at creating a short film, consider a comedy or spoof on a topic that isn’t too serious.  With the discriminating taste that has been acquired by most film viewing audiences, even on Youtube, it’s wise to leave the more sobering ideas to those that can spend millions of dollars telling their story.

Now that you have a basic outline for your story using the cast available to you, create a bit of a character for each role.  What is the personality of each character?  Do they have a specific way of speaking?  There are many ways to create individual characters for each role which helps when writing the final draft of the script.  But don’t get jammed here.  You might have friends that are really good actors and you have no idea.  Ask around; see who is up for the excitement involved in making even a short film.  Then work around what you have when writing the final draft of your script.  Don’t forget that although you might only have a few characters in your story, that there will be background actors required, set dressers (to create realism) and production assistants to help organize things during the day of filming.

Once all of the “pre-production” already mentioned is completed, now you are ready to start filming.  Make sure your camera battery is fully charged and that you have more than enough tape required for filming your short film.  Don’t worry about filming in sequence.  You might have to work around people’s schedules, so shoot out of order if necessary.  This can be fixed in editing.  Remember to be careful not to “cut” the scene pre-maturely.  Some of the best films were created during the “unscripted” moments.  Also, don’t forget to take close-ups and different angles of the same scene to have plenty of footage to use when editing.

Finally, it’s time for editing.  Hook up the camera and import the video into your computer.  Please note that these short films can take up a huge amount of space, so make sure you have enough space on your hard drive.  In your editing software, begin placing scenes in order.  You will notice, as you go along, that some scenes don’t work; that’s where editing comes in.  Choose another clip from that same scene until you find one that works for you.  Continue until the entire film is complete.  Word to the wise: try making a short webisode or very short film (5-6 minutes) before attempting a longer film.  You will discover that the experience you will gain even creating such a short piece will go a long way when shooting future projects.

Some of Our Recently Designed Short Film Trailer

Some of Our Recently Designed Short Film Trailers 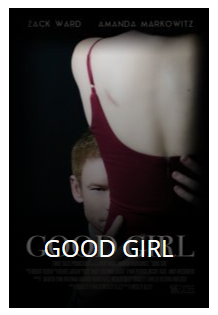 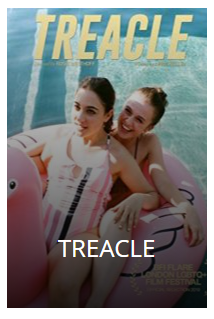 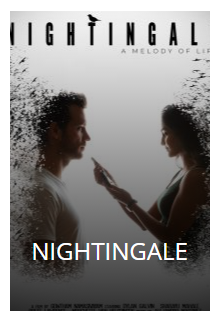 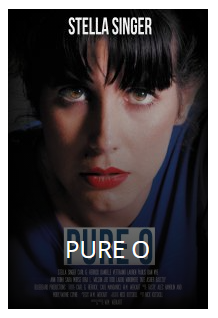 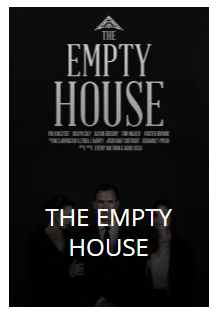 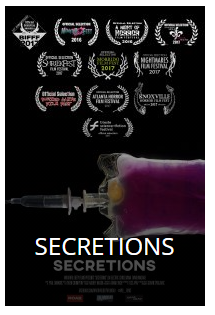 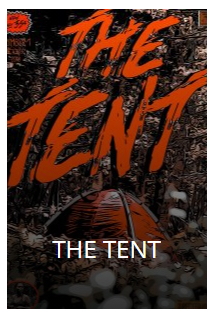 WHAT PEOPLE ARE SAYING ABOUT US

WHAT PEOPLE ARE SAYING ABOUT US 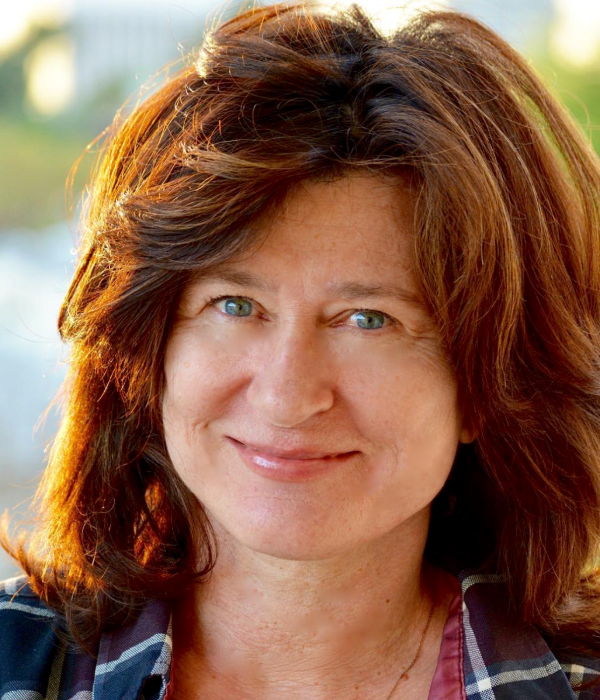 When Mark and Leif Jumped on board our film, “Black Widows”, things finally started moving. They guided us into exactly the distribution we’d hoped for, but couldn’t get our foot in the door ourselves to get. They not only know the ins and outs everyone else does, but they have some tricks up their sleeves and are constantly exploring new avenues of revenue–Brilliant advisres about what’s needed for your filom to market it to its best advantage. 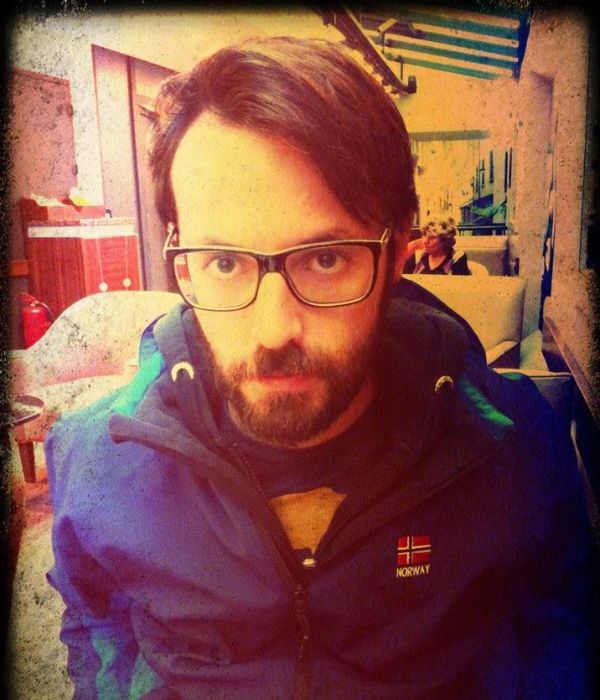 Instantly, we saw things finally start happening. FFI began getting the film on different platforms, which generated some revenue. It’s not just their extensive knowledge in the market, but also their insistent professionalism that really supported us through this treacherous road of distribution 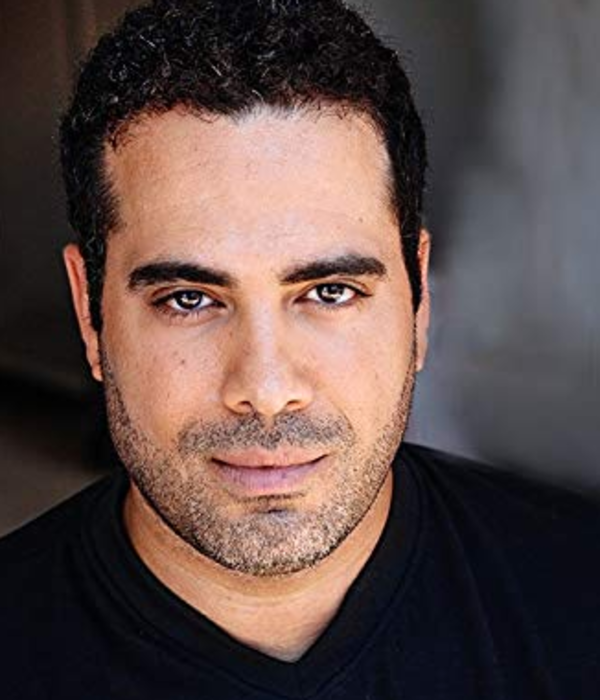 Producer, Thru the Scope Productions 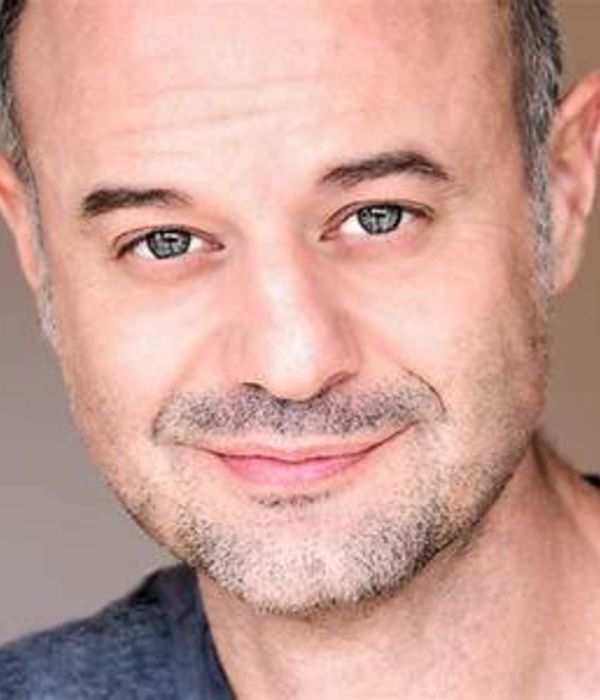 First Focus International… truly believe(s) in and supports quality independent films — They were willing to go above and beyond to include my film, Good Guys With Guns, in a sales agreement with DirecTV 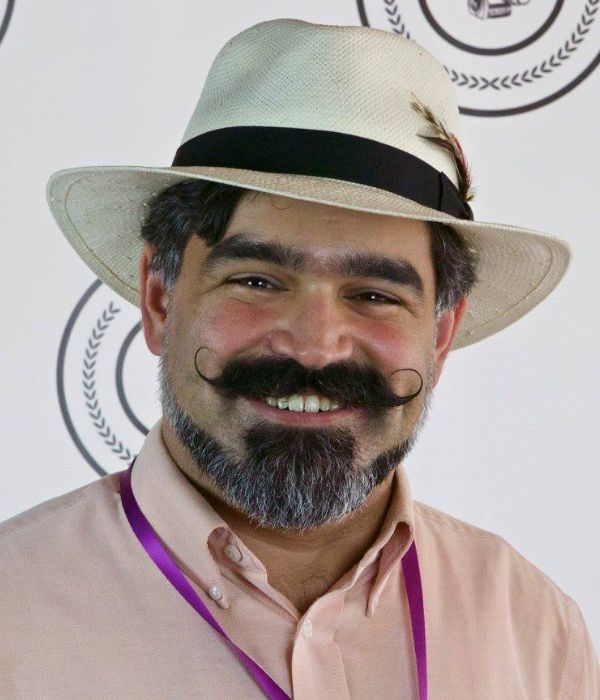 [First Focus’] dedication led to sales I couldn’t have dreamed of.  [They are] now my first choice for shepherding films through the marketplace 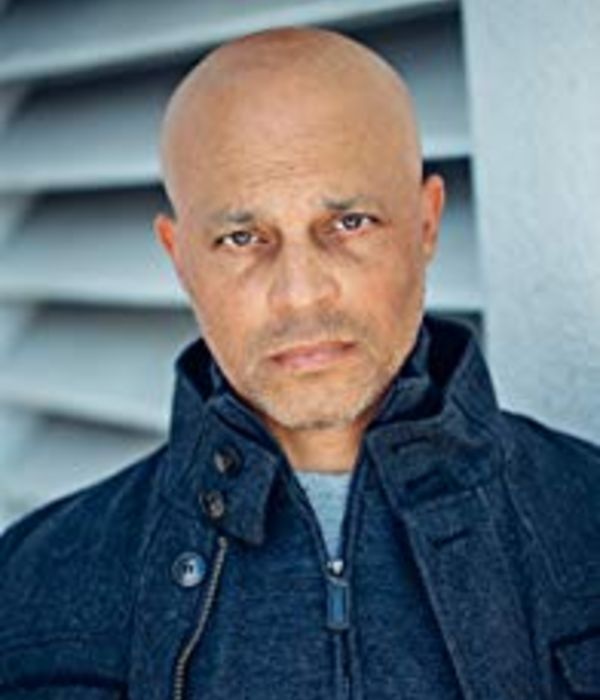 Mark and Leif have real attention to detail, knowledge of the business, and a passion for film, that has benefited us greatly [to] finally get our film in front of the right distributors.

SO WAITING FOR WHAT !

* If you you order our service right now, you will get a special discount at multiple serevice purchase from us

SO WAITING FOR WHAT !

* If you you order our service right now, you will get a special discount at multiple serevice purchase from us